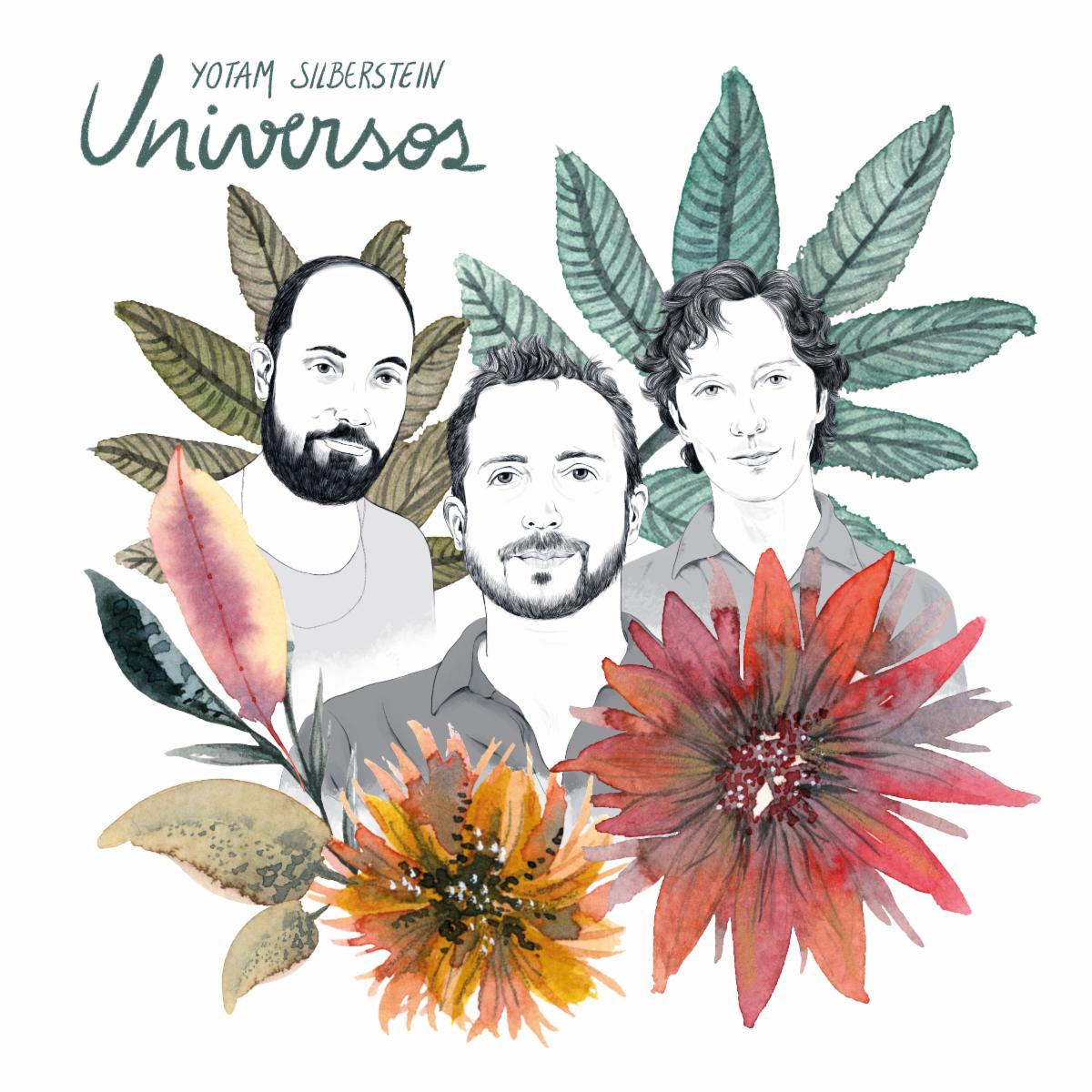 Apple
Spotify
More Platforms
On Universos, Silberstein’s constellation of original compositions is based on his experiences on voyages around the globe, influenced by musical traditions of Brazil (including Choro, Frevo and Samba), Argentina, Uruguay, Venezuela, Andalousia, the Near East, as well as blues, jazz, and rock. The album also displays Silberstein’s exceptional talent, whose guitar playing delivers this universe of music to our ears. “His tone dark and lush, his music struck through with passion and intimacy. Silberstein’s soulfulness is tempered by a seriousness that gives his music tremendous weight, as his innate talent burns through every bar… A true polyglot with an adroit skill set, Silberstein is on a journey to watch.” said Ken Micallef in JazzTimes Magazine(reviewing Future Memories).
Universos features Silberstein’s Trio with Brazilian pianist and accordionist Vitor Gonçalves, and the Israeli drummer and percussionist Daniel Dor. Special guests are, Israeli flutist Itai Kriss, Argentinian multi-instrumentalist/composer Carlos Aguirre, and the Swiss harmonica player Grégoire Maret.
Brooklyn Frevo: originating in Northeast Brazil, and the State of Pernambuco in particular, the frevo rhythm – which Silberstein says he is addicted to, inspired the Brooklyn-based guitarist for this composition, which features Itai Kriss’ dancing flute and Valerio Filho on the pandeiro.
Dada: dedicated to drummer and percussionist Daniel Dor, a longstanding accomplice of Silberstein’s, and a subtle and sensitive musician who shares the guitarist’s passion for the world of rhythms.
Samba pro Vitor: a homage to pianist and accordionist Vitor Gonçalves, and based on a samba worthy of Rio de Janeiro. It is a grand gesture of friendship to the musician to whom Silberstein owes much for his knowledge of Brazilian culture.
Requiem for Armando: is dedictaed by Silberstein to two of his heroes who passed away during the Covid pandemic, Diego (Armando) Maradona, and Armando Anthony “Chick” Corea, who through their virtuosity, their talents and their panache, inspired him, and made him dream.
Etude #2 (merengue): originally composed as a study for guitar technique, this piece is based on a merengue rhythm from Venezuela.
Parana (Entre Rios): named after the city in Argentina where the guitarist spent a great deal of time with his friend and musical accomplice Carlos Aguirre, this song is inspired by the traditional chamamé rhythm highly popular in the Argentinian province Entre Rios.
Candombe para Ruben Rada: inspired by the legendary Omár Rubén “Negro” Rada Silva, the percussionist, composer and singer who popularized the candombe by blending traditional rhythms played on Uruguyan tamboriles drums, with rock, pop and jazz. Carlos Aguirre is featured here, playing four different percussion instruments.
Chorão: a self-portrait and a celebration of his love for Brazilian choro. Itai Kriss is featured on alto flute.
Safta: a homage to Silberstein’s grandmother who died at the age of 96, this nostalgic duo with Vitor Gonçalves is a very moving waltz.
A Night in Sevilla: this composition validates the friendship between Silberstein and the Sevillian guitarist Dani de Morón. It demonstrates his attachment to the flamenco tradition and represents the collaboration between these musicians that was put on hold by the global pandemic.
Tal and Gil: dedicated by to his sons, this lullaby concludes the album in a lovely way, thanks in particular to Grégoire Maret’s superbly emotive harmonica playing. 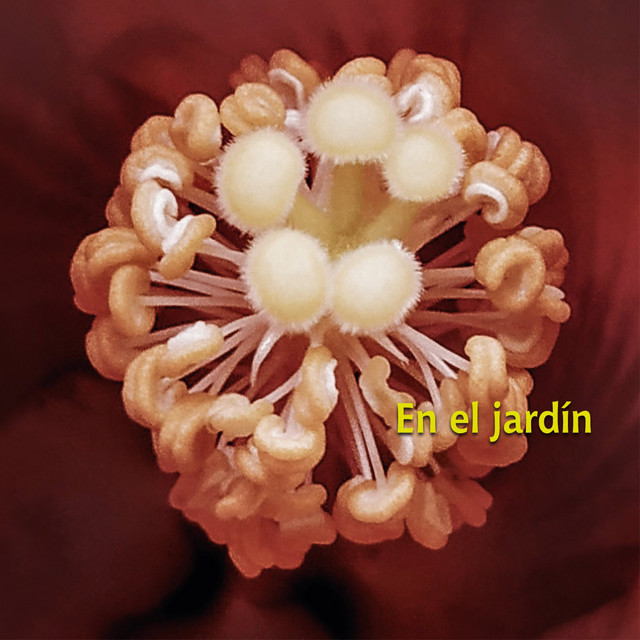 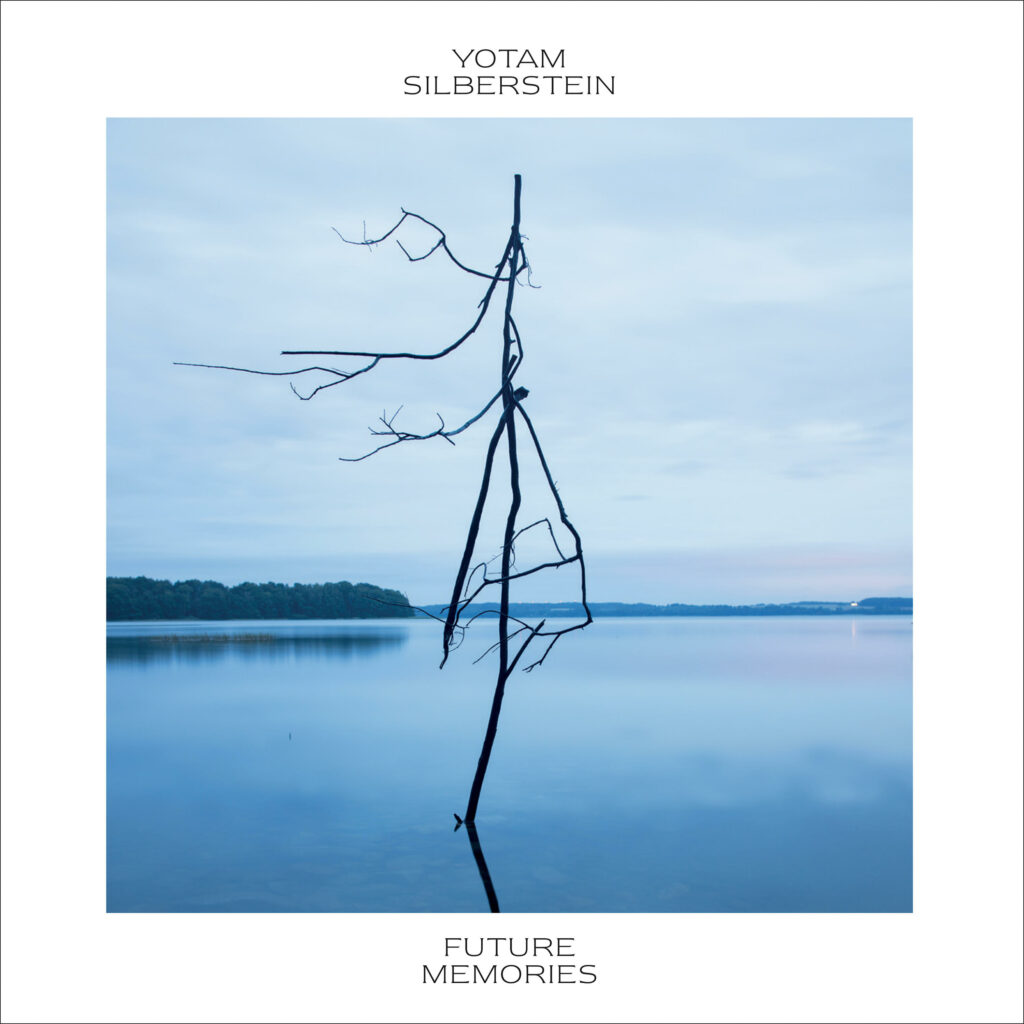 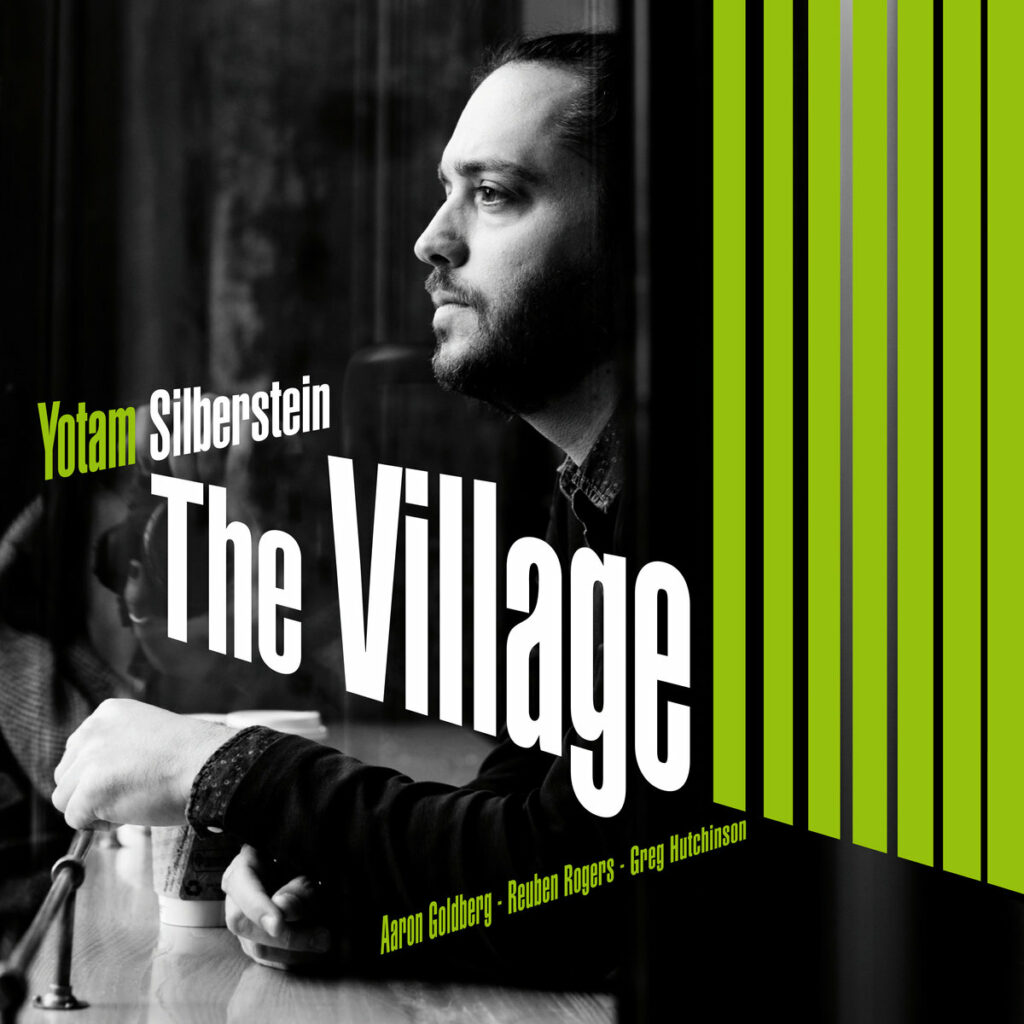 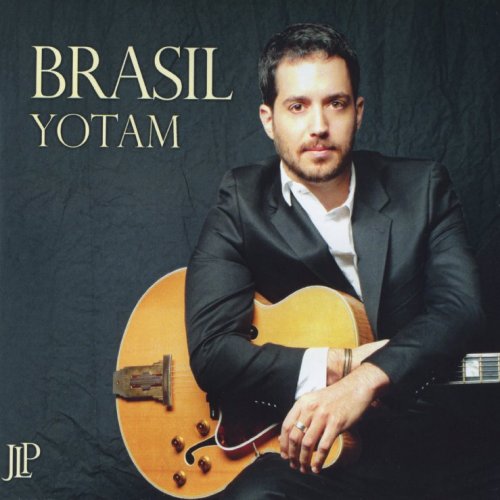 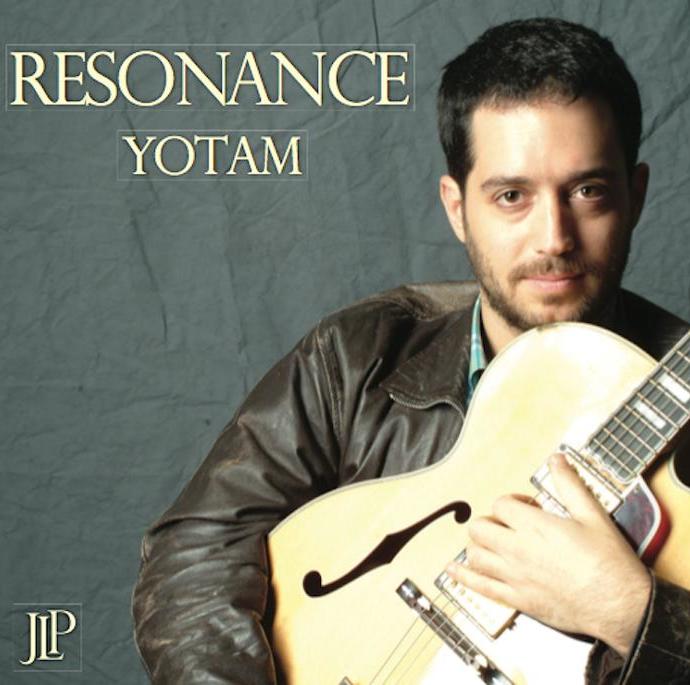 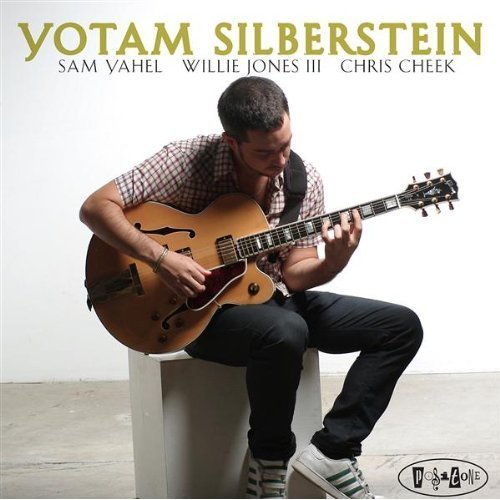 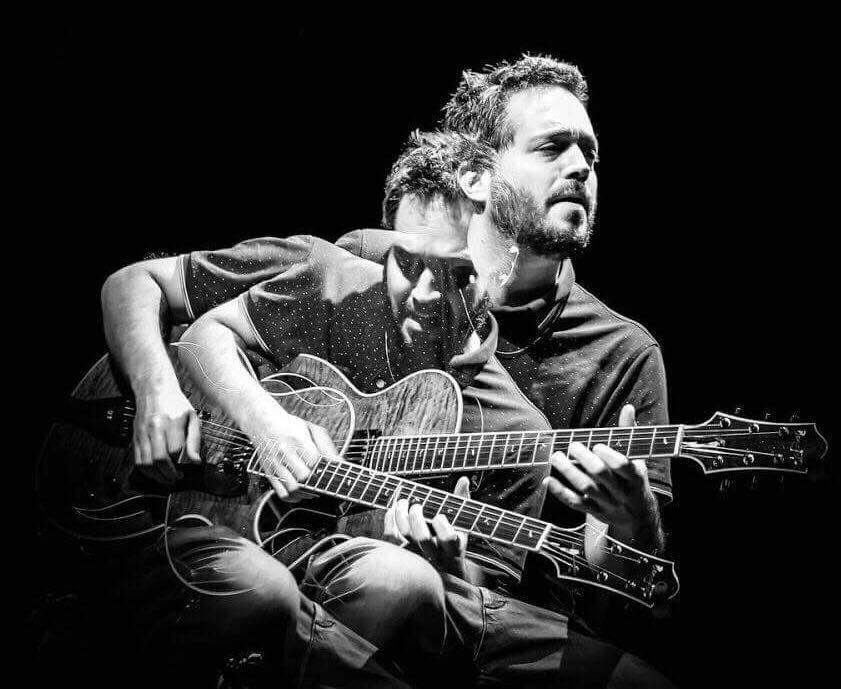